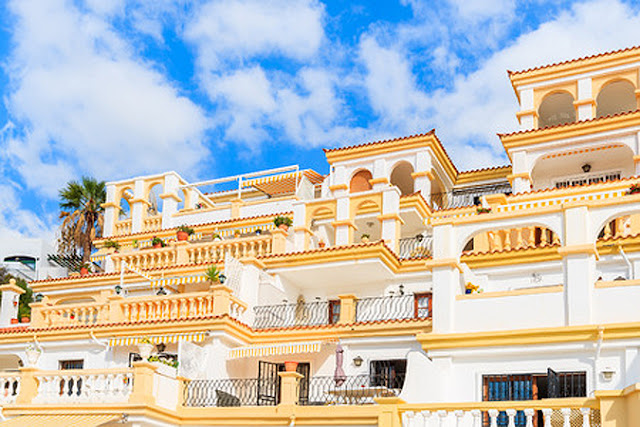 Tenerife Is Hot Bed For Foreign Buyers of Property

You may already know about the high volume of tourists that goes through Tenerife. Millions of people have visited, but there’s something that you may not know, and it’s that people from all over the world are buying apartments and villas on the island.

The reason for this is simple, the weather is warm year-round, and it’s one of the most incredible opportunity for those that want to get more “bang” for their buck.
Going back to the statistics across the past few years, you’ll find that upwards of 50% of homes on the island of Tenerife has been swooped up by foreign buyers, and not Spanish citizens.
That’s a big increase, and it’s continually growing.

The Attraction of Tenerife Property

Tenerife opens up a lot of options for those that are looking for opportunities to purchase homes on a sun-kissed island. Specialists in sales on the island like Delmar have stated that Tenerife is a perfect choice for those looking to buy a slice of paradise because it’s not saturated like other locations. Unlike other exotic locations, there’s a restraint to the new properties being built due to stringent planning permission and care for the natural environment.

The market has been growing with investors from the UK, Russia, Belgium, Germany, Italy, and many more. Foreign buyers that have a strong currency exchange rate are receiving a great deal on property purchases. For instance, the British buyers have found that when the Pound is strong, they get more return on their investment compared to the UK where the property is a lot more expensive.

Prices Are Still Below Expectations

Perhaps the biggest thing that you should know is that the price of the property on the island is still considered competitive. They are still below pre-recession levels and continue to hover in that rejoin. New construction came to a halt during the recession and has not picked up nearly as fast as some analysts thought.

The properties people are looking for are coastal villas and apartments in the popular resort areas which you cannot find for the same price in other popular tourist destinations.
For those that are looking at perhaps buying a property in Tenerife, it's still a good time to invest in property on the island, especially with such good rental returns and the potential for continued price appreciation.
One thing that is always important is knowing which location on the island is best to invest in property.

Buying and Selling Property In Tenerife

Thinking about buying or selling property in Tenerife? Then you’ll no doubt want to look into a few quick tips. The easiest thing to remember is to get a helping hand through the assistance of an established estate agent. An agent can help you find the right property with a commission rate of about 5%. If you’re not a resident, you can sell, but expect to pay Spanish tax, and declare a percentage of the overall value.